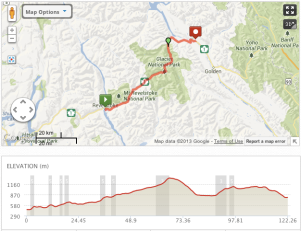 I had discovered last night that the campground in Glacier National Park may not be open until the end of June so that meant one of 3 things was going to happen today: 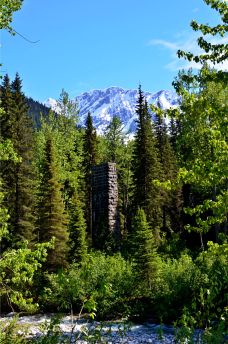 I could not quite get the guts to wild camp, so I pressed on, and on, and on some more to appropriately named Camper’s Haven.  Now I know to some cyclists out there 130km isn’t that much, but to me it is – especially when a lot of it is uphill.  Not only was today too long for my liking – I was also a bit sad I did not have time to go for a hike or explore any of the park.  Well that’s not true – at the start when I thought I had more time, I went for a quick run through the Giant Cedar boardwalk.  And I chose to have lunch looking at some historic trestles – you know, kill two birds with one stone.

I got to Campers Haven at 8:30pm – that was just shy of a 12 hr riding day (I lie, one hour was added on due to time change – so a 10.5 hr riding day).  I was so beat I opted to spend another $20 for the motel room instead of camp site – I honestly should have been suspicious the room was only $45, but I did not care.  The motel turned out to just be an atco trailer – the bathroom was in a seperate room (no big deal) and there was a kitchen hidden in room #6 – the concerning features were that my key seemed to unlock every door (I walked into another bedroom looking for the kitchen as well as a storage space), a large collection of dead bugs on the bathroom counter and the lack of lighting in the kitchen entirely…. strange place to say the least.  But it was still a little piece of heaven and I had a lovely sleep!

About to be attacked

But the biggest “Dig a little deeper” moment must have come today at Roger’s Pass.  I saw a friendly litte groundhog and started snapping his picture.  He seemed interested and started coming closer bit by bit…. until he was flat out running straight for me!  I actually freaked out and had to run away from him!!!!  That was a close call.  Could see it in the headlines: “Woman cycling across Canada attacked  by groundhog.”

I love wildflowers and mountains

This is getting exciting!

In the giant Cedar grove

This is where I get to ride today

One of the many tunnels – this was a good one 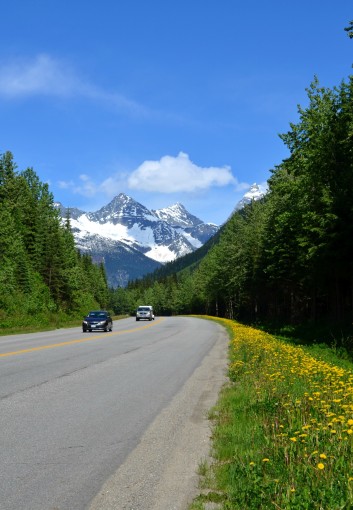 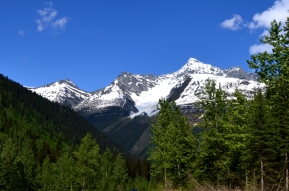 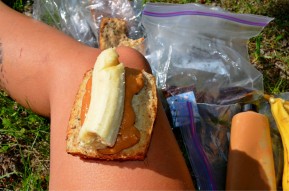 This is what the trestle looked like in use

I made it! The woman taking this picture for me had a debate with her friend over whether I was a man or a woman…. uhoh

About to be attacked 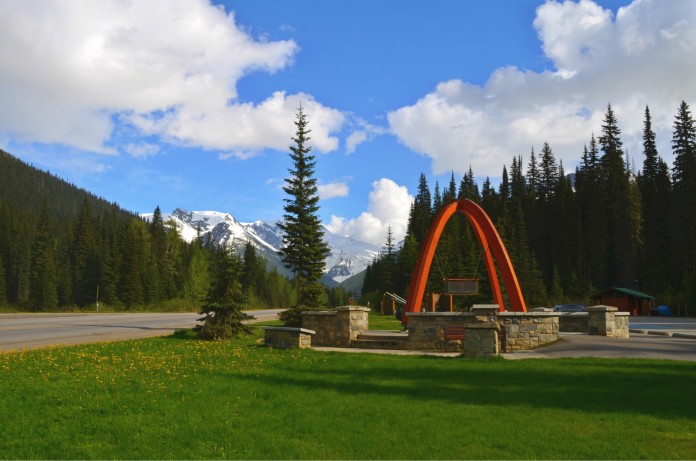 Looking back at where I have come