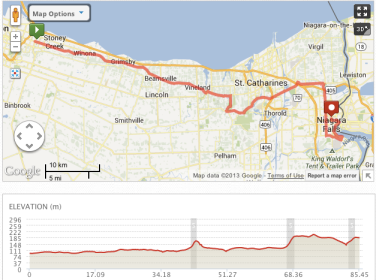 What an exciting day!  Seeing one of Canada’s – of the World’s – Natural Wonders!  Apparently (Wikipedia) – it’s got the highest flow rate of any falls in the world! No wonder I could spend hours just staring into the water as it rushes over the edge….

But! We haven’t ridden there yet…. the ride itself was fantastic.  The Niagara Peninsula (all part of the Niagara Escarpment) is beautiful wine and 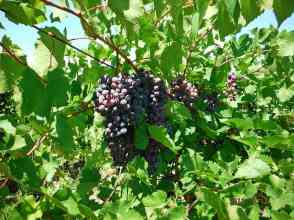 fruit country.  We passed so many fruit stands!  There was also an abundance of small cute towns with delicious bakeries!  We were sitting outside of the bank enjoying one of such bakeries and got talking to an older woman whose grand-daughter is backpacking on Vancouver Island.  We were joined by another woman and the conversation quickly turned to a passionate discussion about the Short Hills Park Deer Hunt – a very controversial subject in the area.  The older woman made her escape as we heard about all the faults of the hunt – this 4-day event (“First Nation’s Traditional Harvest of White-tailed Deer) apparently costs taxpayers some $25,000 and potentially is a danger to the neighbouring residents – plus destroys the park through overuse of trails…. I do not really know the facts so I will withhold judgement – you can read an article about it here if you like.

Anyways sometime during this rant, the older woman came back and gave me $20 – she said dinner was on her tonight – I guess she sees a lot of her grand daughter in us.  What a nice lady.  The kindness of strangers always tugs at my heartstrings. 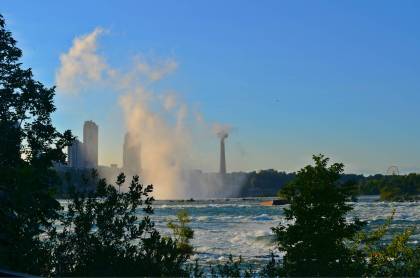 We pretty much rode clear through the town of Niagara Falls before we finally saw a sign down to the actual Falls.  We were taken around the back – following the river towards the cloud of mist rising into the sky.  This alone was an incredible sight and my excitement was growing.  After about a 15 minute lead-up, we finally got to see the Falls – and I must say – pretty amazing!!  The huge throng of tourists took a tiny bit of magic away – but maybe that is just my dislike of large groups of people shining through.  We took a million photos of the Falls from every imaginable angle and then moved on to find some food.

We made the huge HUGE mistake of going to Planet Hollywood.  Expensive and not tasty at all.  We were both terribly underwhelmed…. if you ever visit Niagara, do not go here.  I suppose it was kind of cool to see the movie paraphernalia, but I would have preferred good food.

In the dark we searched for a spot to camp and decided to set up in a green space along a running trail – half in the woods and half out.  We are certainly getting more lax about hiding – anyone walking along could see us.  Luckily this was pretty much no one. 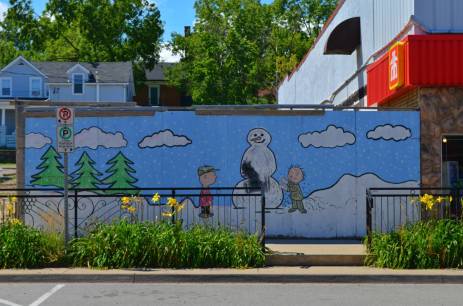 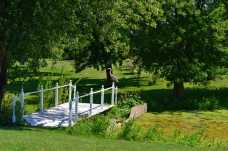 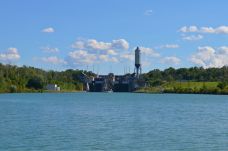 The canal… it did have a name 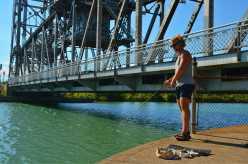 Fishing in the canal – no luck 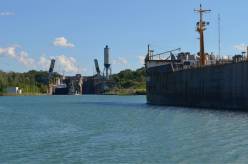 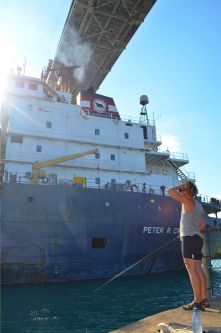 The bridge lifts up 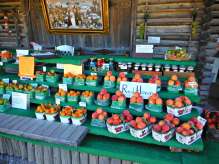 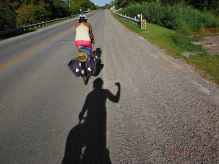 One of the rare times that a) we are riding together and b) I am in front! 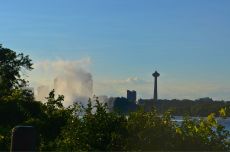 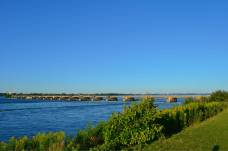 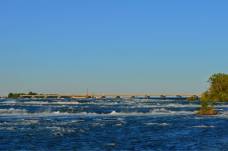 Warer looking rough – can you imagine floating down here in a barrel?? 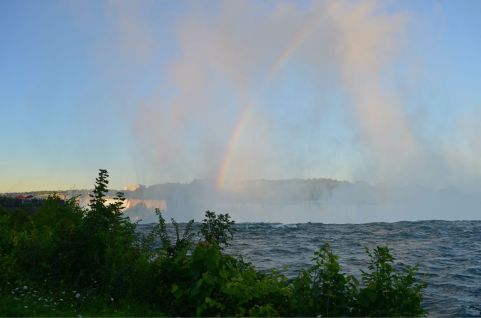 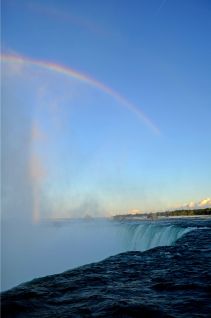 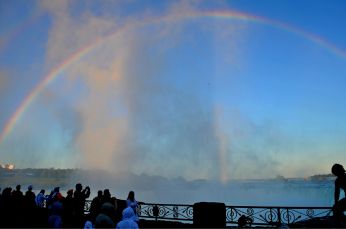 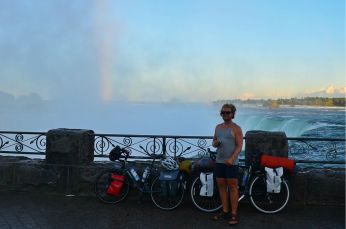 Alex’s pic! Look at all those tourists 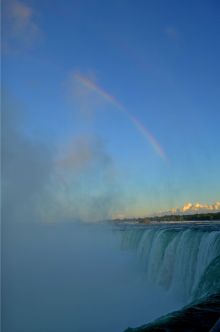 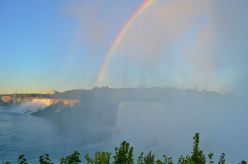 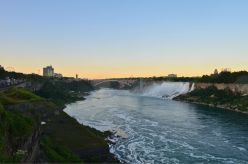 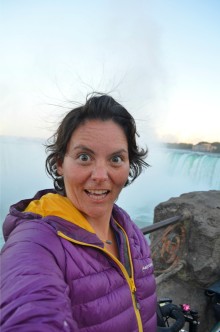 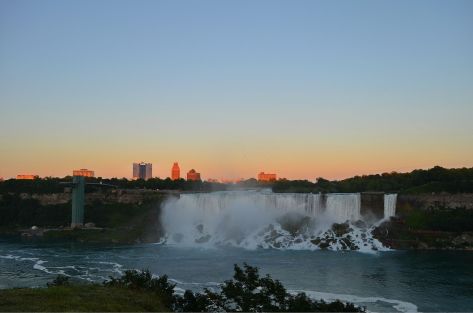 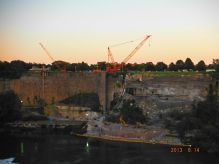