Oh what a glorious day! Well sort of.  No wind, so that was great – there was however a light smattering of rain, but nothing too upsetting.  And it was another beautiful ride!!

We passed through several small towns; all very cute and old but lacking options to eat (so really, not that interesting….). We ate lunch at a gourmet grocery store which was expensive and surprisingly not that tasty.  The sandwich was good, but they served their salad without dressing! I am not that sort of person.  I need dressing – especially when bitter arugula is involved.

One town was celebrating its 300 year anniversary! This was pretty cool because every house had some sort of display representing its birthday.  I remember when West Vancouver turned 100 (yes a young one) there was just a big display at the mall – but individuals probably could have cared less.  Not the same in Quebec – every really gets into it.  This is probably because the cute old houses are 300 years old and have been in the family since then.

Riviere du Loup is your average big town with box stores and fast food chains.  Alex waited for me at the outskirts and excitedly related his race with a road cyclist the last 10km or so into town.  He was thrilled to have beaten this fit, serious-looking cyclist up the last hill – at the top, he turned around to say something, expecting them to be neck-in-neck, but really the roadie was miles behind.  Or at least he was – Alex dropped his camera and had to stop for it, and the roadie took off again – perhaps never even knowing the race he was in.

We had dinner at the grocery store and then camped in the little section of woods behind it.  A perfect spot for bums like us :)

PS.  Riviere du Loup is the first option to turn off to ride into New Brunswick (via Edmunston and interior NB).  The second option is to turn off in Saint Flavie (tomorrow) to ride to Bathurst on the coast.  The third and least chosen option (so therefore ours of course) is to ride around the entire Gaspe Peninsula adding about 700km to the trip.

A maritime museum we passed 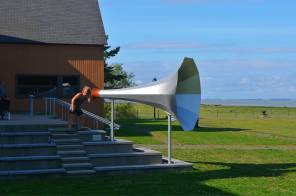 Stone house by a river… perfect 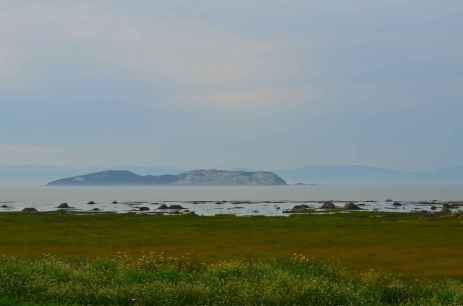 I liked this red house 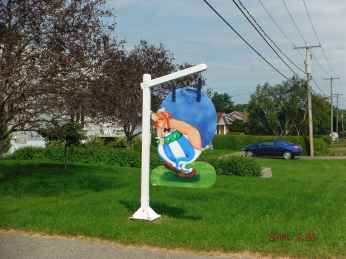 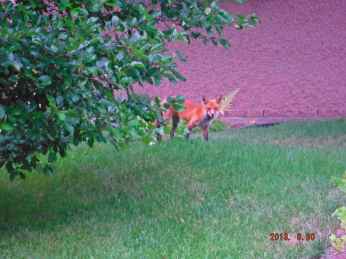 Alex’s also – lucky he got to see a fox!