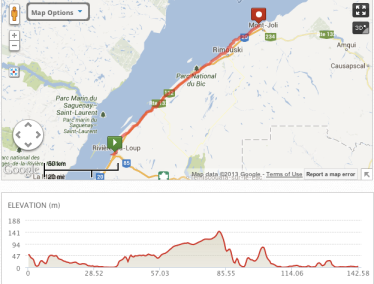 Today the most wonderful thing happened – well besides waking up to another day of riding my bike in pure and utter freedom… roll eyes, go ahead.   But the real excitement came 40 km into the day when I rolled up to a rest stop and found Alex talking to two other cyclists – meet Derek & Josh.  Thriled for several reasons – a) all cyclists are friends, b) two more people who we can communicate with without absurd hand gestures and c) Alex & I were not the last two cross-Canada cyclists still out on the road.

We chatted for a bit standing around in a circle and discovered we knew them already – well not formerly – but Siggy (from Saskatechwan/Manitoba riding) had ridden with them after he left us so we had heard tales of these two.  Also the night before we stayed with Siggy in Kitchener, Josh had stayed there the night before! The long distance cycling community is a small one.

We decided to find a grocery store for lunch – and then sat around in a circle eating various things on bread.  Mostly peanut butter.  I bought this fantastic pre-mixed peanut butter & honey combo – I think my life just changed!  Josh whipped out this enormous machete-esque knife to slice his poor helpless bread.  Apparently he thought he might face things more dangerous than a stale loaf on this trip. 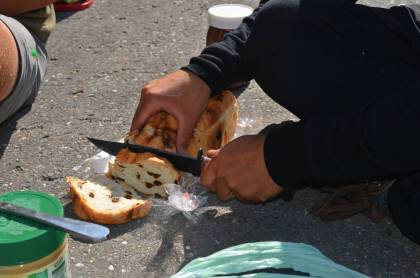 The four of us rode through town in a big group – we had taken over the streets.  I am sure cars were annoyed, but I enjoyed this feeling of belonging.  We parted ways after lunch but agreed to meet at the McDonalds in Rimourski.  Apparently Josh & Derek have this strategy of re-using a McDonald’s coffee cup for free refills along the way.  Derek and I discussed who was going to be slower – him or I – as we had both been the slowest of any cyclists we had met so far.  Turns out we were about the same.  I trailed along behind him, keeping a steady distance.  I pulled ahead when he stopped at the tourist info so my arrival at McDonald’s first and labelled “not the slowest” is not quite fair.

I had a very important task in Rimourski so I left the guys after awhile.  I had to buy some sports bras.  Somehow I was down to one.  At one point I had four, but they kept disappearing.  I think they blow off the back of my bike as I hang them out to dry – that or some bear out there has a great bra collection.  Will have to be more cautious with the two new ones.

Despite being the last to leave Rimourski, I somehow was the first to arrive at our agreed upon destination – Saint Flavie.  I was worried I had lost everyone! Just as I was about to begin my second scan through town for bikes, Derek & Alex showed up – apparently they had stopped at a submarine museum.  Josh was nowhere to be seen.  Luckily Facebook & McDonald’s wifi existed and we managed to make contact to meet up at the beach.  We all made dinner at the community rest stop and then set up our tents in a row along the sand.  A beautiful night with two new friends.

The next day Alex & I took a rest day.  We had chores to do – well Alex helped me fix my tent pole (as in I watched….).  Some time ago setting up the tent in the dark, I did not click a link together properly and it popped out, slightly damaging the edge of the pole – so Alex had an idea involving dental floss & JB weld to reinforce the weak spot.  We rode with the guys about 10 km to the next town for McDonald’s and then they went on their way.  They are heading to Bathurst, New Brunswick – a place we will not be for another week or so after doing the Gaspe Peninsula, so we said our goodbyes and parted ways.

Hanging out at McD’s 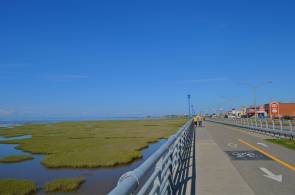 Riding out of Rimourski along the awesome bike path 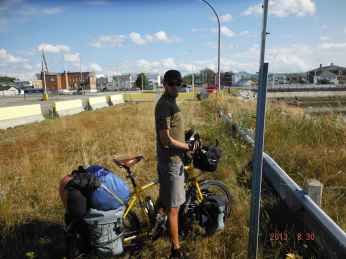 Derek and his set up (Alex) 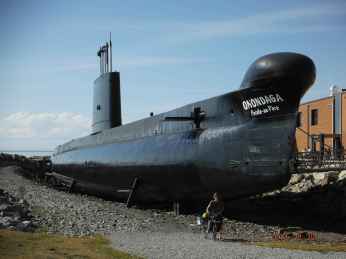 Somehow I missed this… (Alex) 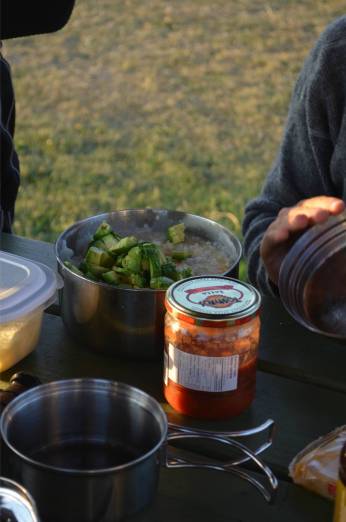 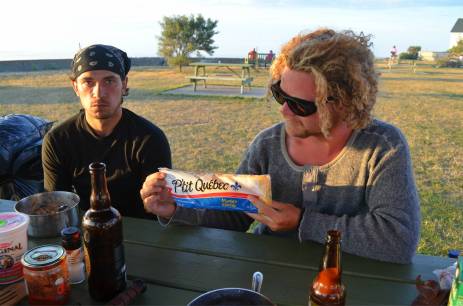 Haha! Josh looks like he is going to kill someone… usually he is always smiling…. 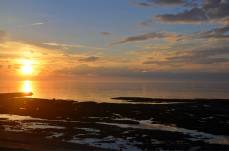 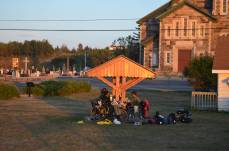 Bikers can be messy 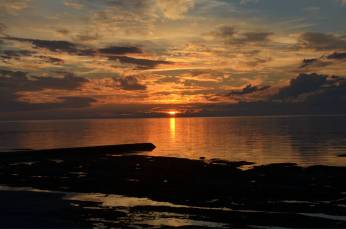 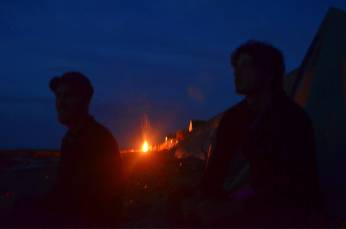 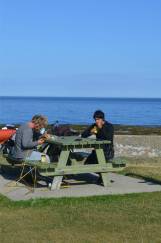 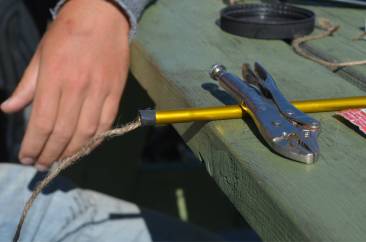 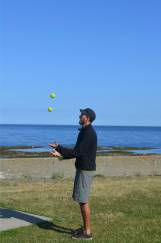 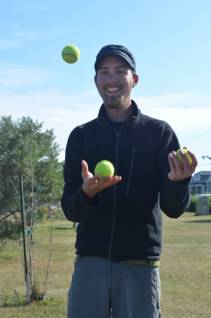 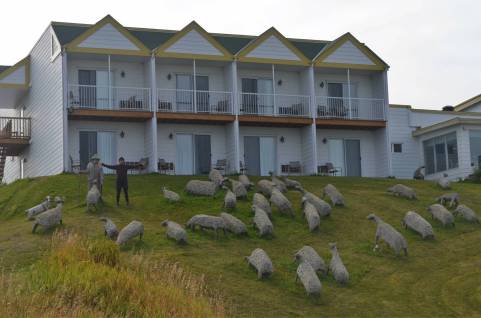