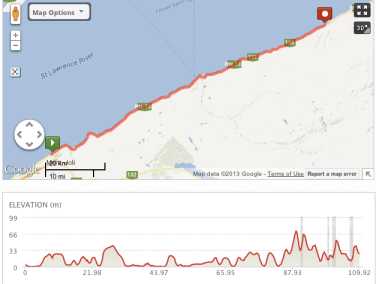 Wind in our faces until Matane – UGH! Rewarded my perseverance with a trip to subway.  Ordering all those vegetables in French was daunting, but I survived and even more important, the sub was tasty.

After the wind stopped, the hills began – or perhaps the hills were breaking the wind?

We had a tasty, tasty, TASTY, seafood dinner at the one restaurant in town.  We had been dreaming of seafood ever since the East Coast started to seem like a realty, and tonight it felt like we were almost there.

It was dark and starting to rain when we left to make camp – so our decision was hasty and not nearly as good as usual – we were visible from the main road, but did not care.  We did however get a fright when a bright light shone through the fabric – were we about to be kicked out???   Alex peered out and caught sight of our disturber – a lamp post that just turned on for the night!!!

Alex’s pictures of the murals of Saint-Flavie 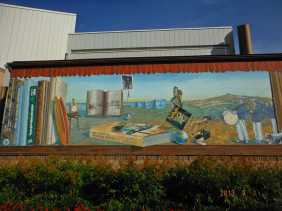 Artistic rendering of…… I cannot remember….

Alex’s pic of the hills!

What goes up, must come down (Alex’s)

A mansion along the way 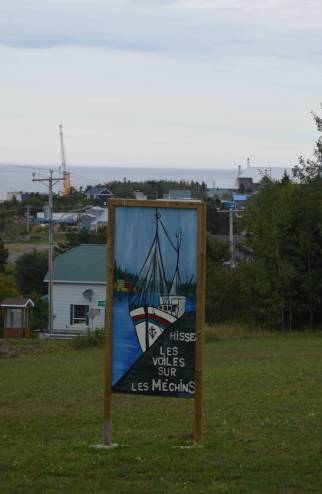