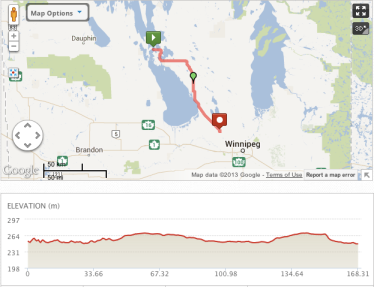 Just a note about the distances – I usually do not record my odometer readings on a daily basis and just go off what the map says when I write the blogs – but today was my longest day yet so I remembered this one!  The extra distance probably comes from side trips into towns and general wanderings around the road (I am not particularly good at going in a straight line).

What a storm last night!  It was the most intense storm on the road yet, although nightly thunder and lightening is becoming a common occurrence.  I have learnt how to stake down my tent to avoid little bits of water coming in – it’s all about keeping it taut! 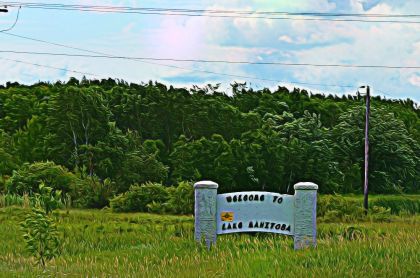 This morning was a fabulous breakfast.  I ordered a mini bacon & eggs (one of each) and an order of french toast.  Alex went to town too and soon our table was covered with plates of food – it was really a bit ridiculous.   The waitress was laughing at us. Alex has a picture I would love to show you, but I have not had a chance to get it from him yet.

The ride today started fantastically! The wind we battled yesterday was now propelling us along and the ride was most enjoyable…….. until… UNTIL….. we hit Highway 6 south, and then it was a nightmare.  The wind was fine, but the shoulder turned back into basically nothing – and the abundance of semi-trucks increases ten-fold.  It was so stressful.  Several times I had to go careening off into the soft dirt to give room for the massive vehicles coming up behind me – my wheels slipping and sliding, my hands gripping with bars like my life depended on it, and my feet frantically trying to get free from the clips….. not fun.

And it went on, and on, and on.  We did not stop riding until about 9pm.  Somehow we lost track of time and realized all the restaurants in Warren were closed by the time we got there.  We hoped Esso might have a convenience store and some sandwiches for us, but instead they were closed too! What luck.  In a gesture of defeat, we set up our tents on their lawn….. counting down the hours until the restaurant opened in the morning…. 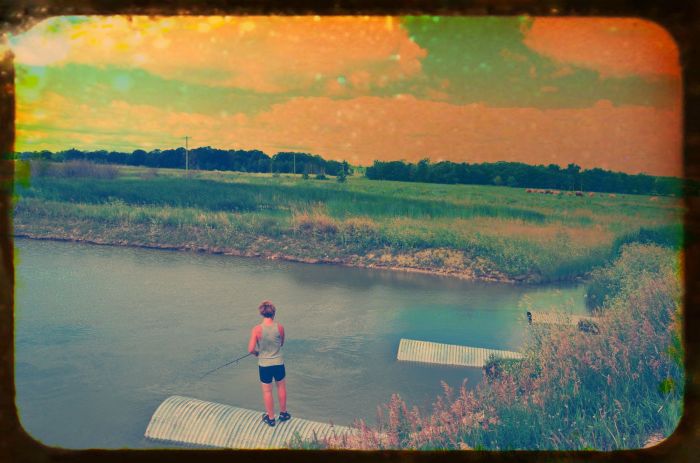